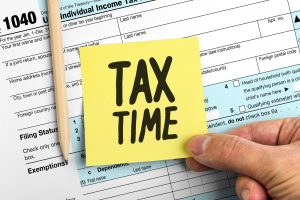 Tongue-in-cheek conversations love to make jokes about death and taxes as being the two only certain things in life. Well ironically, on the surface anyway, the new, colloquially termed “death tax” flies in the face of this popular “accepted truism” – well, almost.

Stripping the latest Estate Tax Law (effective January 2018) down to its nuts and bolts, we see that any single taxpayer who calculates his or her assets to be under $11.2 million can cast all worries to the wind – at least for the next 8 years. Thinking a little wider, a married couple has a clear runway if their estate is valued under $22.4 million. After that, the terrain gets decidedly more uninviting, allowing the IRS to potentially grab a flat 40% of estate value above the restated threshold.

Let’s be clear, room under the newly raised tax barrier has been improved by some 100% versus where it was in 2017 (i.e. it was $5.4 million and $10.8 million for a single-payer and married couple, respectively), which in anyone’s language is no mean concession. It was a bumper move make no mistake, and possibly a first decisive step in the Trump Administration’s determination to eradicate death taxes altogether. However, this particular tax item has been around for donkey’s years and its stubborn reluctance to leave the stage forever, and in every way, is simply not happening.

Statistically speaking there is no doubt the case can be made for the new threshold (all but) killing death taxes. Last year, and for some time before that, 2 in every 100 tax-paying families (a reliable estimate) were caught up in the estate tax net. The 2018 proclamation whittles it down to 1 in every 1000.

When paradigm shifts like this hit the ranks of the rich, especially the uber-rich, there are invariably a number of curved balls being launched in different spots. One of these effects families now facing estate valuations between the new and old yardsticks. More often than not an irrevocable trust is somewhere in the mix from years back, and this means it has built-in inflexibility. The thing is, it becomes one big head-scratcher when one tries to re-introduce assets back into the estate (to take advantage of the higher limit) extracted from a structure that’s purposely designed to be rigid.

Another one takes aim at the time-aged estate plans that have combined themselves with generation-skipping transfers and gifting options. The chances are that the new laws have moved the goalposts to a place, not all that appealing to either the surviving spouse or the children/grandchildren. This flows straight into the next bump in the road – spending money on revising an estate plan that looked good for so many years. No longer is this cost tax-deductible, but considering what’s at the stake here the $2000 – $10,000 tax accountant’s fee may be the best money you spend.

Some tax authorities are slamming the new Estate Tax as ill-planned and lacking foresight. The big fly in the ointment is the sunset clause, which taxpayers close to the new or old estate value tax limits should pay attention to. Things are touch-and-go when you consider that that there’s probably a huge assessed tax difference (in the multi-millions) between the surviving spouse dying in 2026 or just one year later. Throw in the intermingling of the estate tax with gift tax and generational skipping and it puts all these items on the proverbial chopping block. Some estate plan moderation at the very least is on the cards, and perhaps a complete renovation in cases.

If ever there was a time to make an appointment with your tax team to look at estate planning, it’s now. The variables that are pushing and shoving the comfort zone back and forth have to be addressed in the most emphatic way. Our professional experts are geared and ready to get into your corner and make any needed transition as painless as possible.

Call us now at 912-634-7722 to learn more or request your free consultation online to get started.